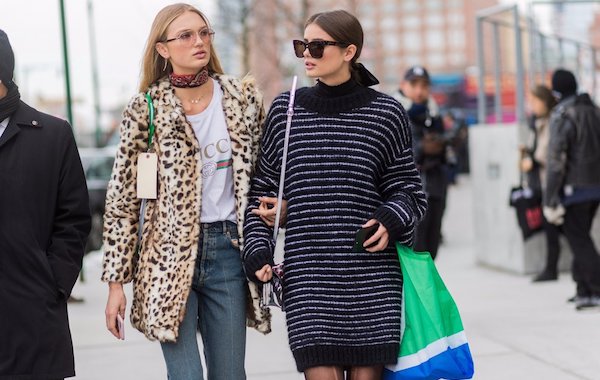 If the 90s gave us the age of the supermodels, the millennial years will be known as the birth of the influencer. As their lives play out on Instagram feeds and Snapchat stories, thousands of people are following the top fashion influencers and taking note of the clothes they wear, the food they eat and the places they visit.

One of the best resources for driving brand awareness and converting attention to sales, we’ve done the hard work for you and have compiled a hit list of our top fashion influencers. Covering fashion as well as beauty, travel and lifestyle products, these influencers are at the top of their game and could be the perfect people to take your brand to the next level.

This week, our top 20 mega influencers. These are personalities with cult status, where 300, 000 + followers bring maximum brand awareness and a whole lot of attention your way. Get scrolling. 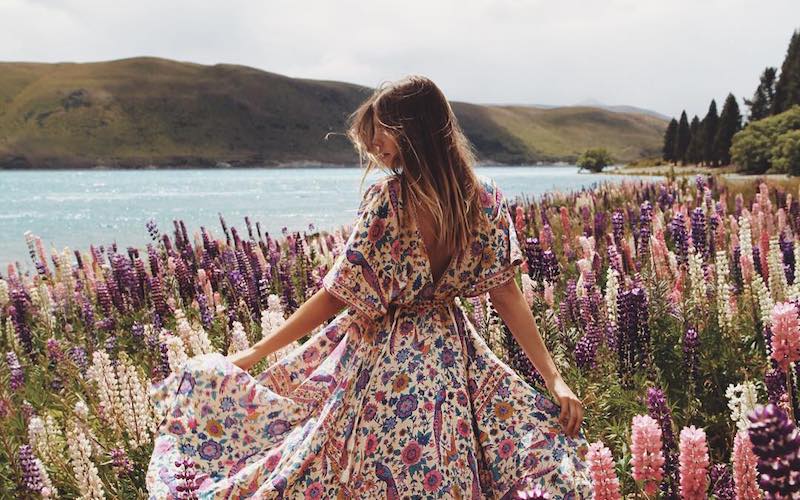 Find her at @tuulavintage, posting from Australia and around to world to 2.6 million followers.

With a cumulative reach of 4.1 million, Jessica Stein is one of Australia’s top fashion influencers. While currently taking a travel hiatus as she adjusts to her new life as a mother to the most gorgeous baby girl, Jessica’s feed remains littered with beautiful snapshots of previous travels. With a persuasion for summer months and blue skies, expect billowing dresses on the cliffs of Amalfi, bohemian coordinates in the streets of Sri Lanka and chic linen slips on Bondi Beach. 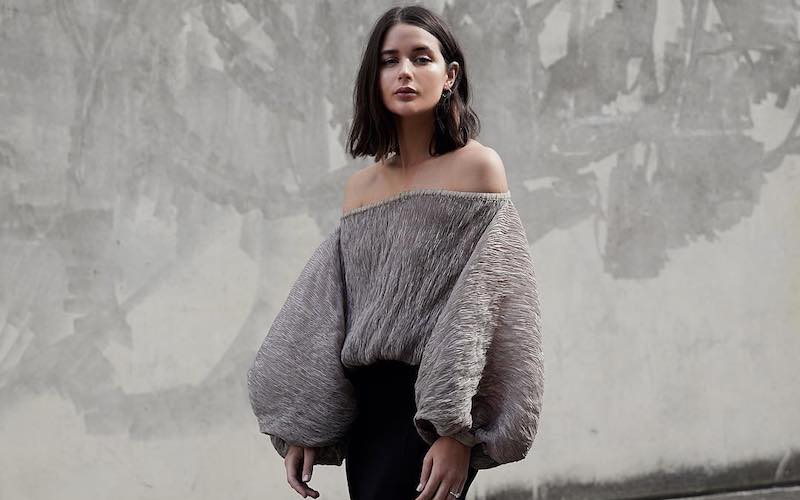 Find her at @harperandharley, posting from her home town of Sydney, Australia to 550,000 followers.

Known for her monochromatic uniform of elevated minimalism, Sara Donaldson has built a cult following over her years of blogging. Something of an industry veteran, Sara first burst onto the scene in 2008 with the launch of her blog, Harper and Harley. Chronicling a wardrobe of timeless pieces from some of Australia’s leading designers, Sara has been featured on the reality show “Fashion Bloggers” and has worked alongside global brands including Estée Lauder, Nike and Gucci. 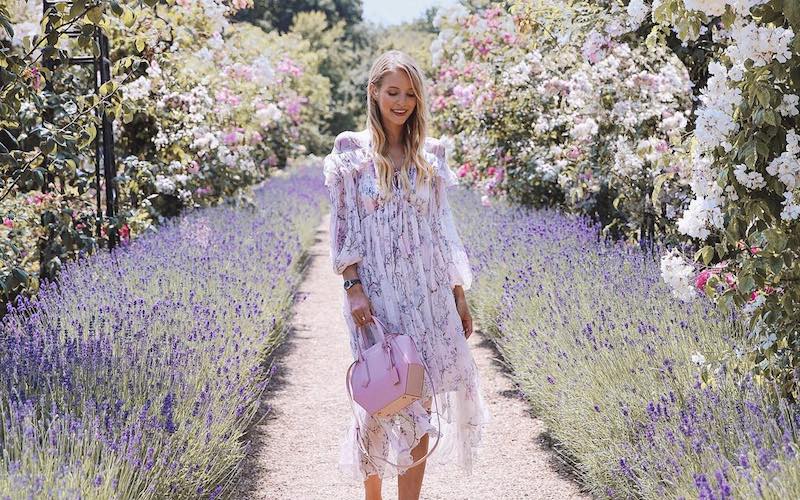 Find her at @leoniehanne, posting from Germany and around the world to her 2.3 million followers.

A former strategy consultant and rising star of the German textile industry, Leonie quit her job in 2014 to pursue a passion in fashion blogging. The result is a dreamy feed of pastel hues and spellbinding shots from around the globe. Reaching an average engagement of 38, 000 per post, Leonie has a dedicated following of engaged readers who follow every step of her international travels and pay careful attention to the wardrobe decisions of this top fashion influencer. 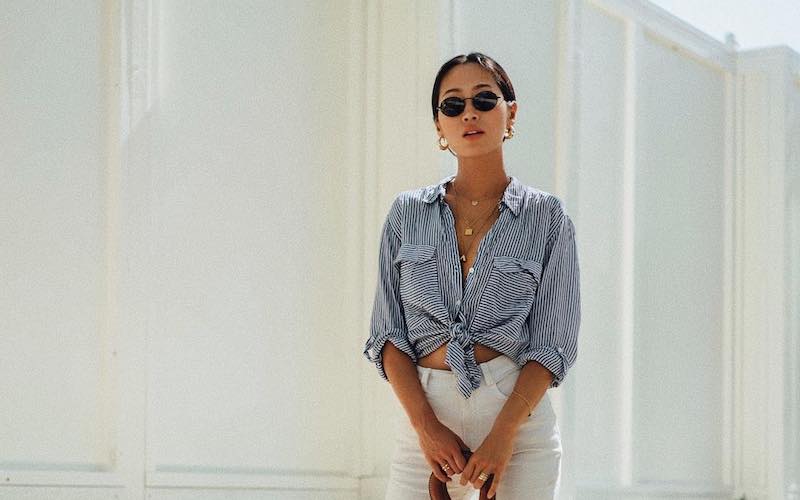 Find her at @aimeesong, posting from New York and around the world to her 5.5 million followers.

With a background in interior design, Aimee Song’s Song of Style plays on her innate understanding of colour, shade and the movement of light. California born and raised, expect nods to warm weather and laid back styling with mix and match pieces from the likes of Isabel Marant, Alexander Wang and high street favourites Zara and H&M. With a bestselling book to her name and a feature of Forbes’ infamous 30 under 30, Aimee’s profile continues to rise around the globe. 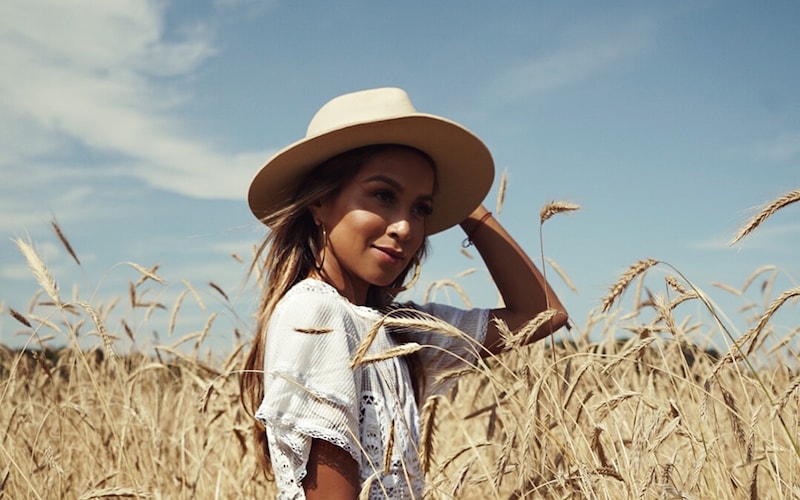 Find her at @sincerelyjules, posting from USA and around the world to her 5.6 million followers.

Living by her motto “Dream, Believe, Achieve”, Julie Sariñana, of Sincerely Jules, has grown into one of the top fashion influencers from around the globe. Based in California but no stranger to airport lounges and whirlwind adventures, Julie is as much travel blogger as style icon, her feed a homage to beautiful places and chic style combinations. With a constantly revolving wardrobe of new pieces and statement accessories, Julie is a PR dream and a permanent fixture in any top influencers list. 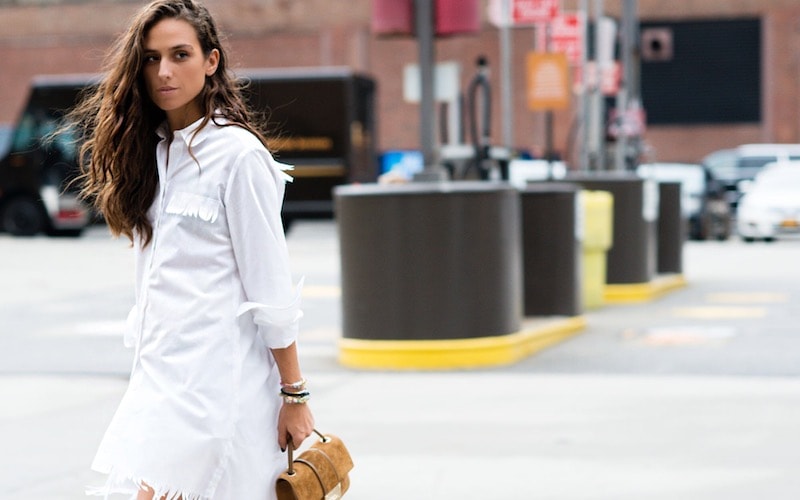 Find her at @erika_boldrin, posting from Italy and around the world to her 321,000 followers.

There is a specific allure to an Italian’s closet, a mixture of colours and patterns in exotic materials and unexpected cuts. Milan born Erika Boldrin has that Italian flair, that eclectic wardrobe that becomes a mainstay in street style galleries and fashion week collages. Her Instagram is a journal of her adventures and a diary of her outfits, with each post tracking an average engagement of 9,460*. 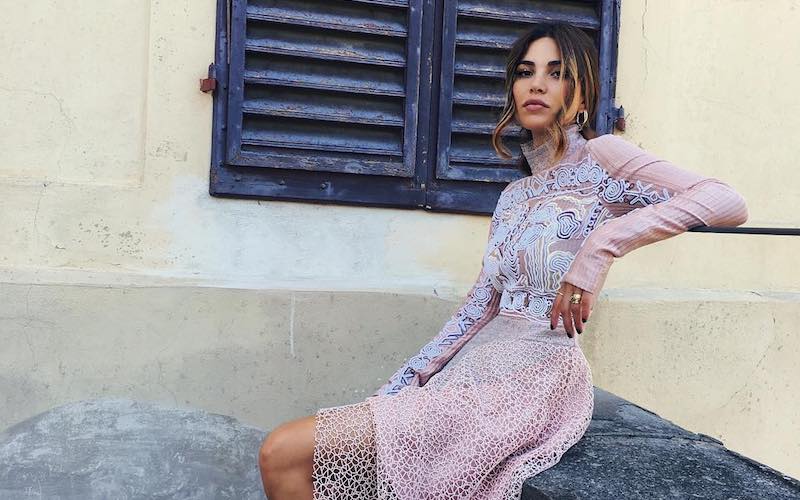 Find her at @negin_mirsalehi, posting from Amsterdam and around the world to her 5.9 million followers.

This Dutch-Persian blogger has graced the covers of magazine and has collaborated with the likes of International fashion house Dior.  Growing up on the family Bee Farm, it was cult program “Sex and the City” that first caused Negin to fall in love with fashion. She draws inspiration from her Persian roots and the influence of non-western cultures and cities on the global fashion scene. For such a massive following, Negin has a surprising level of engagement, racking up an average engagement of 77, 776* per post. 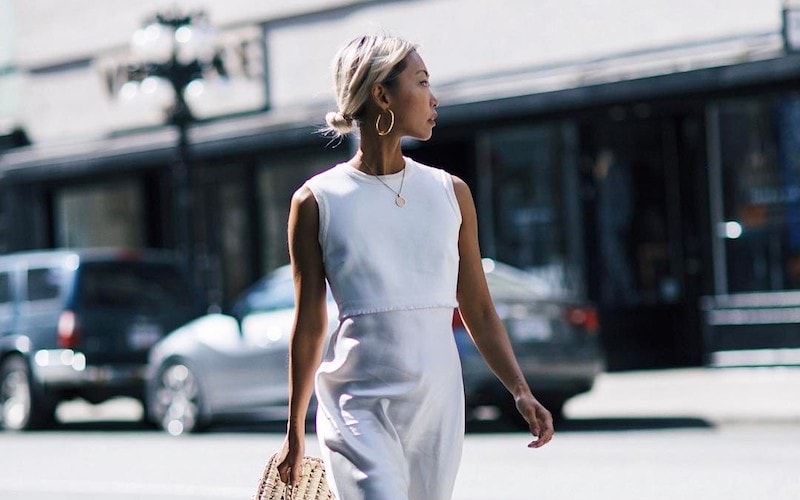 Find her at @vanessahong, posting from New York and around the world to her 630,000 followers.

The face behind one of the first fashion blogs to revolutionise our computer screens and a degree in Biochemistry and Molecular Genetics to boot, Vanessa Hong is one of our go-to girls for sleek minimalism and must-have pieces. Her feed tracks her journeys around the world, rooftop pools and bustling town squares interspersed with desert yoga and forest filled wanderings.

Find her at @xeniaadonts, posting from Paris and around the world to her 1.5 million followers.

Often spotted around Paris hotspots or in the front row of a runway show Xenia is an it-girl that every fashion addicted loves. Known for her beautiful outfits and bubbly disposition, it is easy to fall in love with Xenia’s ‘gram. Now one of the top fashion influencers in Europe, expect a feed full of oversized blazers, a dreamy apartment, and a band of loyal followers that keep Xenia’s engagement up around 33K per post. 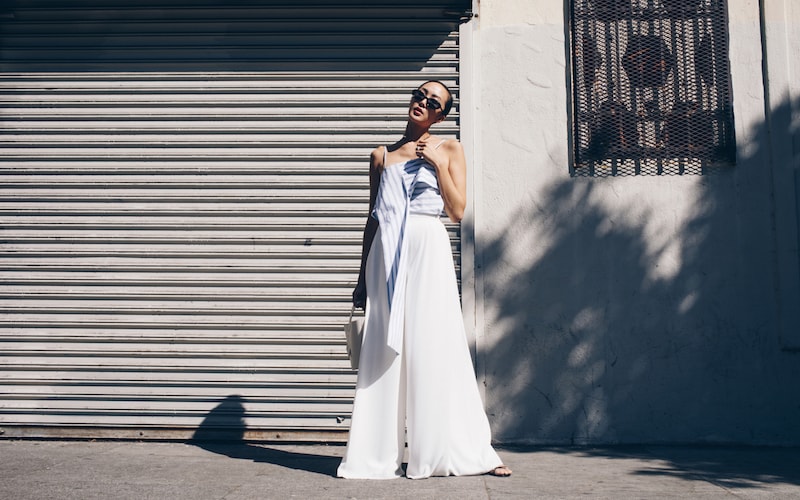 Find her at @chrisellelim, posting from the USA and around the world to her 1.3 million followers.

Beginning her career as a wardrobe stylist, Chriselle’s eponymous Instagram and blog (The Chriselle Factor) began as a daily chronicle of her musings and personal style. Mixing high fashion with a refreshing relatability, Chriselle is quickly becoming one of the most notable names in the blogger world, with her laidback sophistication landing her firmly in our top 20. 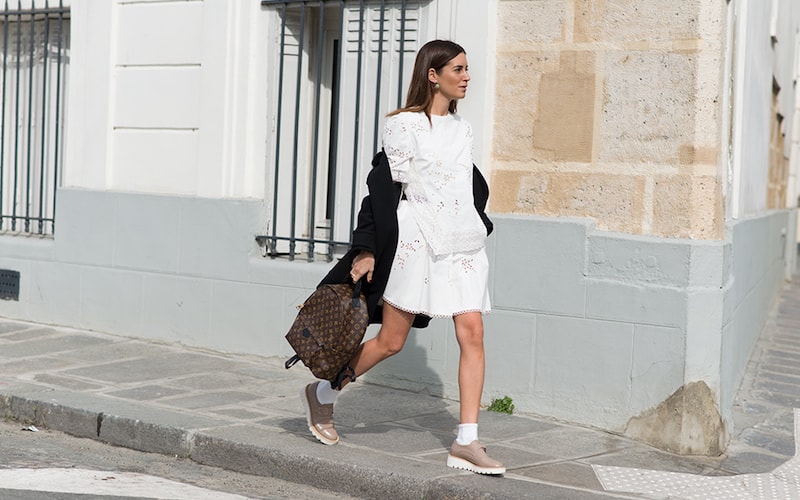 Find her at @galagonzalez, posting from the USA and around the world to her 1.1 million followers.

Considered the first Spanish blogger to burst onto the influencer scene, Gala Gonzalez offers an eclectic fusion of American and European style. The model, socialite, fashion designer and DJ brings an effortless nonchalance and irresistible cool factor that makes us genuinely wish we could swap wardrobes with her. In between jet setting around the globe and appearing in campaigns for Loewe, Louis Vuitton and Nina Ricci, Gala works on content for her social feeds and her website, Amlul. 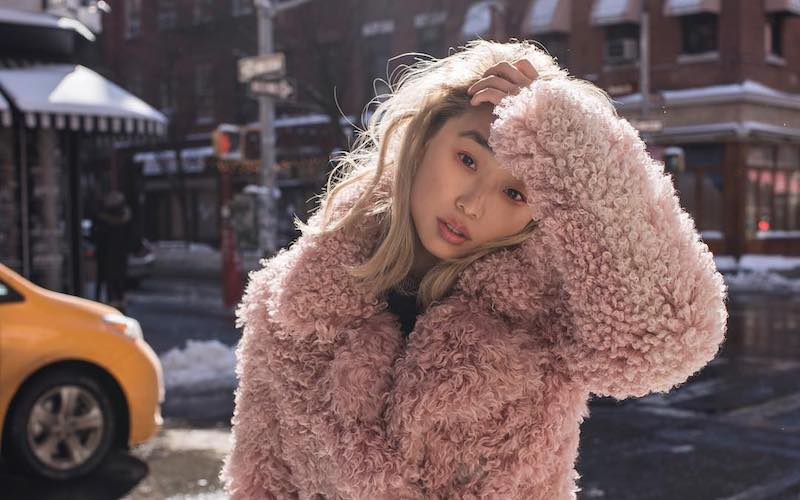 Find her at @margaret__zhang, posting from the USA and around the world to her 1.1 million followers.

One of Australia’s favourite exports, Margaret Zhang’s blog began as a boredom breaker when she was 16. As her followers started to increase and her profile began to skyrocket, Margaret was dividing her time between studying law at the University of Sydney, and working with global brands such as Chanel, YEEZY, Dior, Gucci, Matches and Louis Vuitton. At a time when most of us are deciding whether 2-minute noodles are safe to eat five days straight, Margaret was sitting front row of New York Fashion week, swapping university exams for features in leading fashion and lifestyle publications around the world. 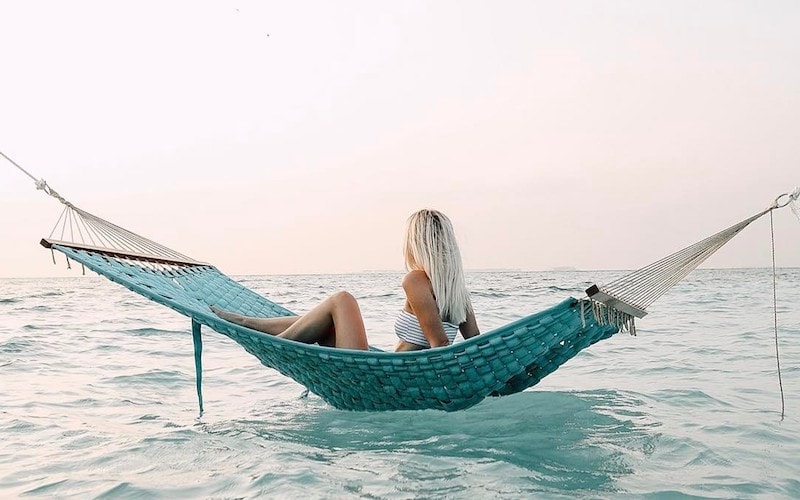 Find her at @aspynovard, posting from USA to her 2.1 million followers.

Hailing from Utah, this top fashion influencer and YouTube maestro has built a profile off sunny shots from around the globe. Her feed is filled with colourful frames from travels abroad, her latest finds, gorgeous lunches and select snippets from her life with husband Parker J Ferris. 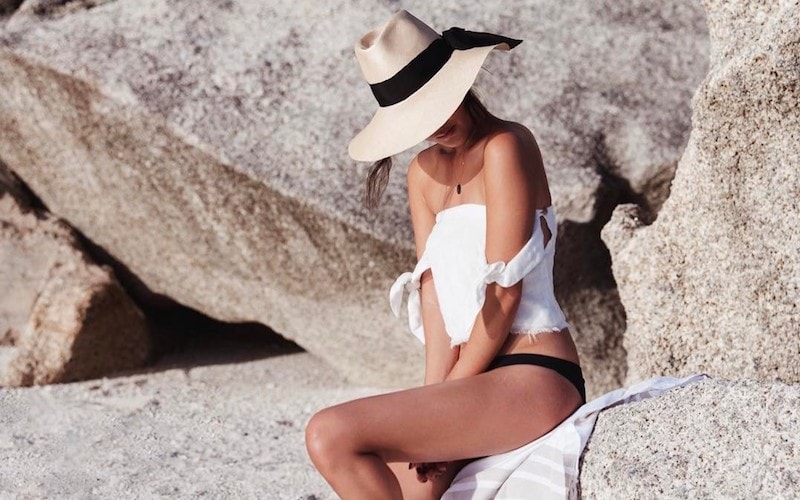 Find her at @nicolewarne, posting from Australia and around the world to her 1.8 million followers.

Hailing from the sleepy beachside town of North Avoca, Nicole Warne has grown into one of the most influential names in fashion and digital media. Since quitting her job to focus on building an online presence, Nicole has graced the covers Harpers Bazaar and ELLE Australia, has worked for the likes of Chanel, Dior and Valentino, is a Style Council Ambassador for Net-A-Porter and has guest judged Asia’s Next Top Model, The Australian Fashion Film Awards and The Australian BT Emerging Fashion Designer Awards. 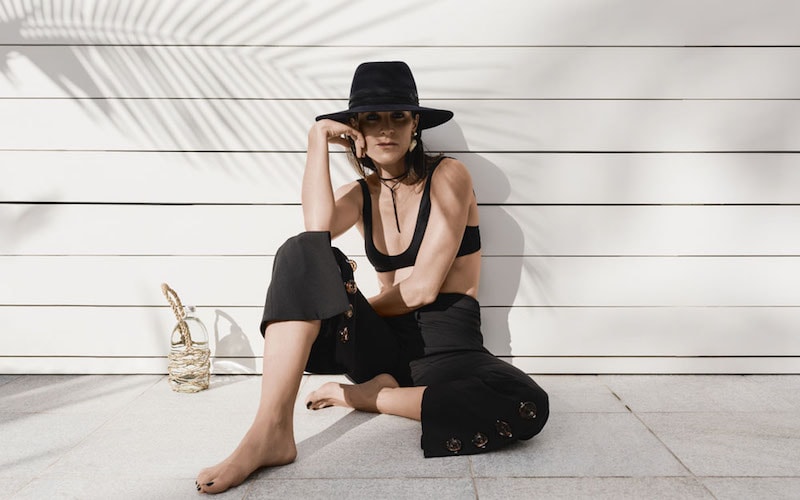 Find her at @amandashadforth, posting from Australia to her 743,000 followers.

Amanda’s blog begun as a giant mood board, a creative outlet channelled through visual inspiration. Over the years, her mood board has developed into a full-time job, her monochromatic and androgynous styling a staple of the Australian fashion scene. An accomplished photographer and stylist, Amanda’s feed is littered with inspiration images and styling details, shots on location and behind the scenes features of editorials in the making. 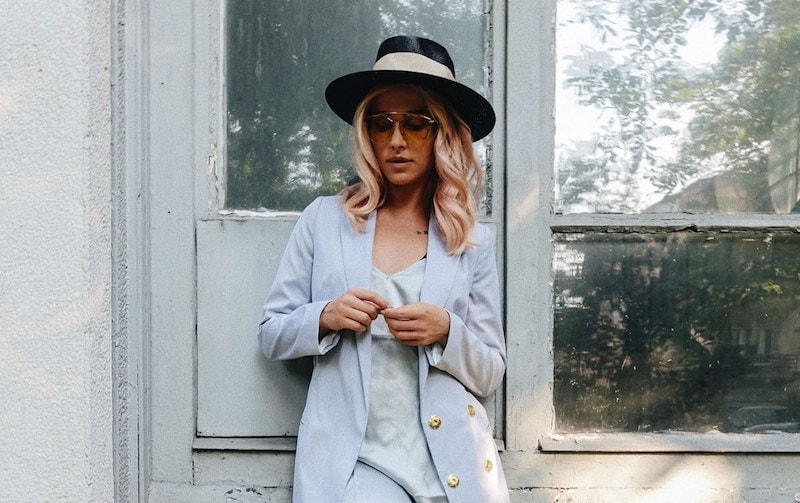 Find her at @maffashion_official, posting from Poland and around the world to her 1.4 million followers.

Polish personality and professional globe trotter, Julia Kuczyńska has built a career from bold outfits styled to perfection. A regular feature in street style compilations around the world, Julia’s unexpected looks have taken her everywhere from the red carpet at Cannes to the cover of L’Officiel Poland. 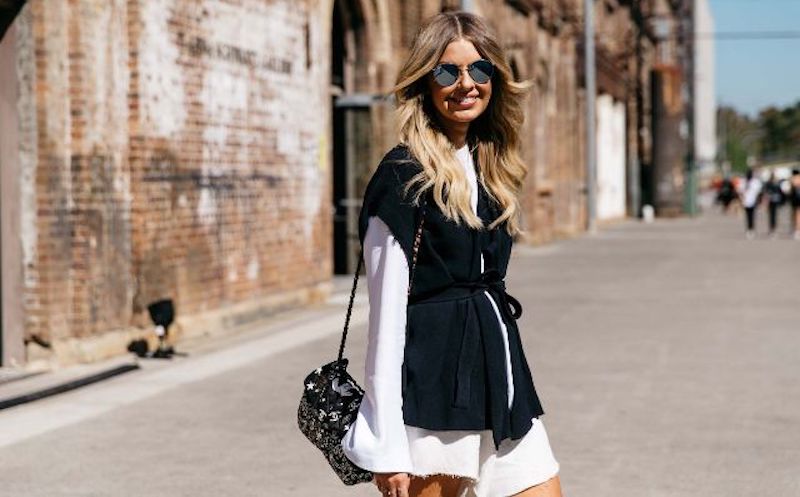 Find her at @elle_ferguson, posting from Australia and around the world to her 690,000 followers.

Known for her chic bohemian style, perfect blonde waves and those killer pins, Elle Ferguson is one of Australia’s favourite style muses. One half of the They All Hate Us duo, Elle has worked alongside major fashion retailers, starred in tv commercials and was in attendance at the launch of Kim Kardashian’s beauty line. Through all of this, she remains inherently accessible, her style a relatable mix of high street pieces mixed with luxury accessories. 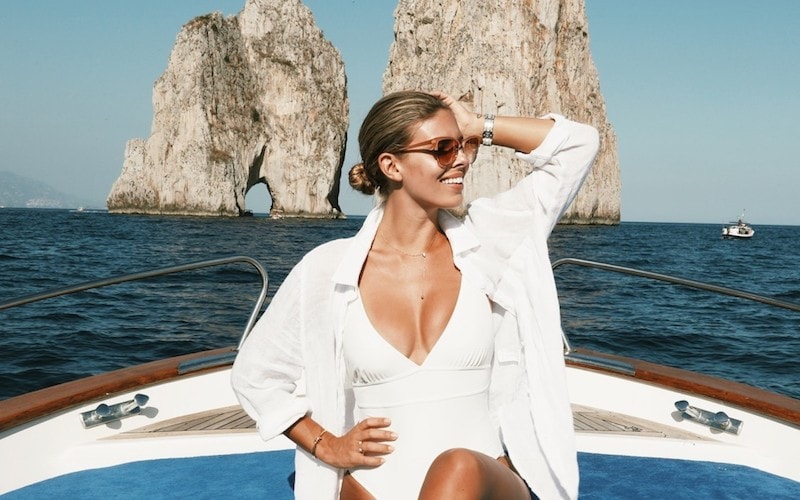 Find her at @tashoakley, posting from LA and around the world to her 2.2 million followers.

Co-creator of A Bikini A Day and designer of Monday Swimwear and Monday Active, Sydney born Natasha Oakley has turned her love of the beach into an empire. What started as a killer figure and a collection of bikinis has evolved into a globe-trotting, fashion-influencing adventure as Tash jets around the world to create content, shoot product and model alongside her best friend and business partner Devin Brugman. 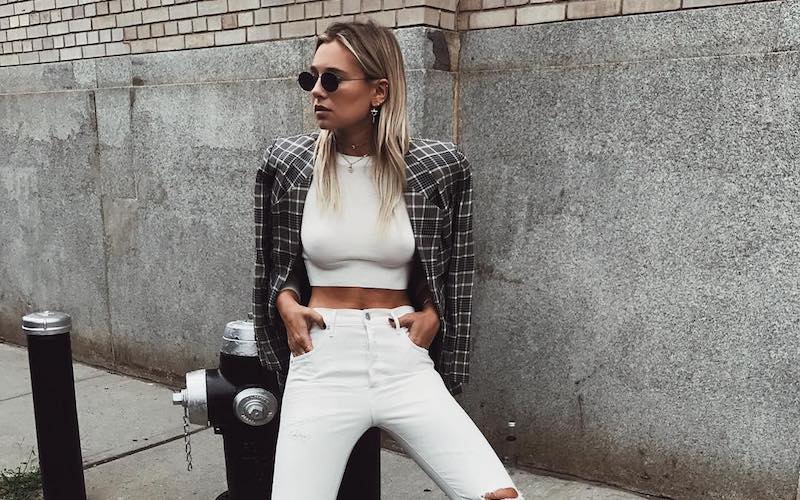 Find her at @weworewhat, posting from the USA and around the world to her 2.5 million followers.

A must-have in any top fashion influencers list, Danielle Bernstein is our go-to for serious street style inspo. Think summer slips with fresh white sneakers, denim cut-offs with slick sock boots and off-the-shoulder tops underneath a pair of Danielle’s signature overalls. Turning an annual salary of six-figures, Danielle has mastered the influencer game, and keeps her dealings refreshingly transparent and consistently authentic. 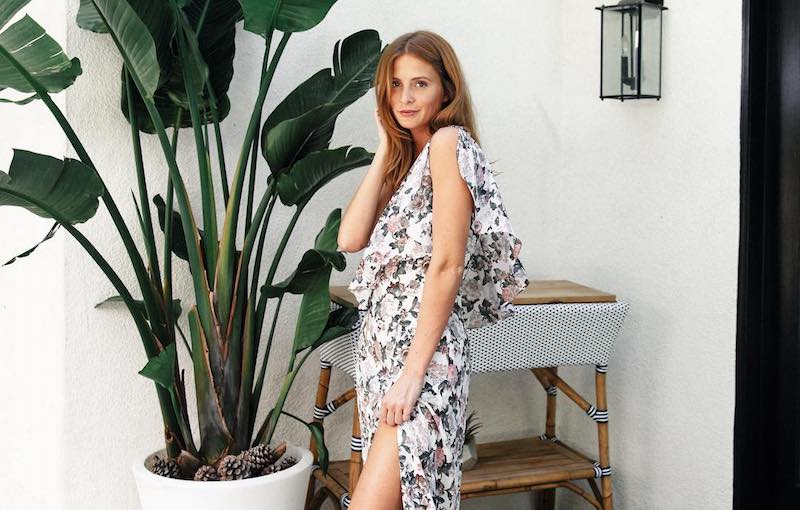 Find her at @milliemackintosh, posting from the UK to her 1.4 million followers.

Heiress to a confectionary fortune and an alumni of British reality program “Made in Chelsea”, Millie Mackintosh epitomises that chic London aesthetic. No stranger to private beaches and luxury islands, Millie’s wardrobe takes her from London’s Royal Borough to sun soaked yachts on the Mediterranean Sea. Expect everything from Chelsea boots and faux-fur to flowing dresses, two-piece suits and a new diamond accessory courtesy of beau Hugo Taylor.

Mega influencers not quite your thing? Don’t fret! Check out our top Macro and Micro fashion influencers. In the mean-time, read up on how to compete with the big brands and win the attention of key influencers in this amazing feature by Talk Division’s Adriana Glass.

*engagement statistics via Crunch
Images: IMAXTREE (banner), all other images via influencer blogs and instagram. 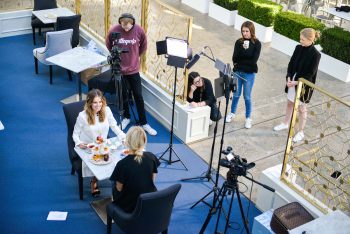 A simple guide to working with fashion influencers 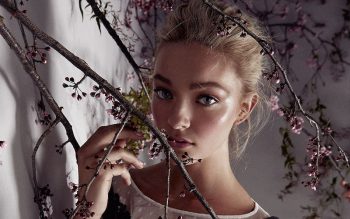 The ultimate list of Australian and New Zealand beauty influencers 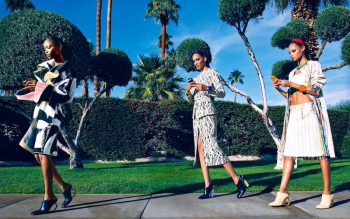